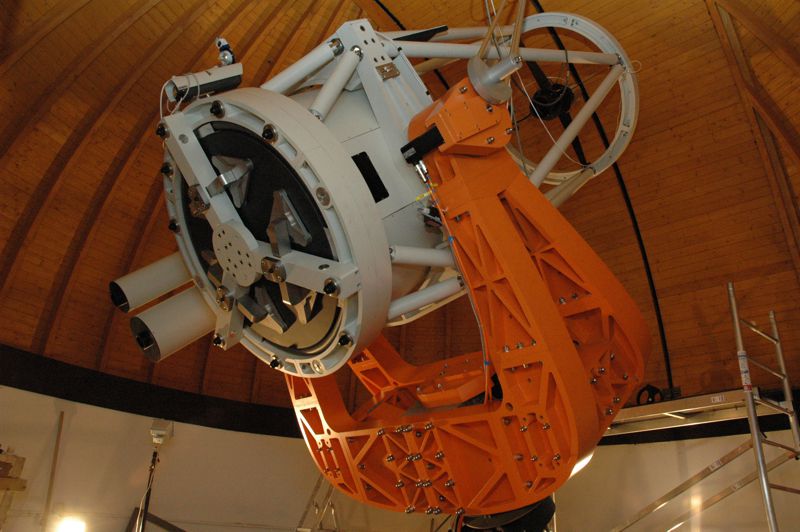 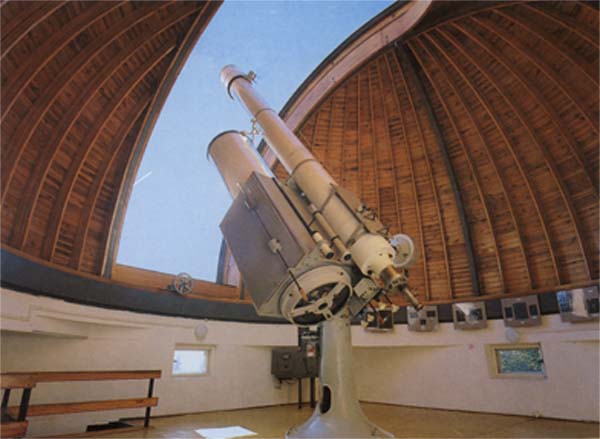 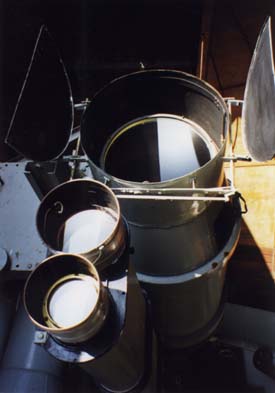 For searching 0.63-m f/3 (630/850/1870 mm) Maksutov telescope was used. The field of view was nearly 20 square degrees. Our standard method were double exposures of 20 and 20 minutes on ORWO ZU or Kodak 103aO plates with 3 arcminutes shift in the declination. Images of all stars were parallel pairs of points and images of asteroids were non-parallel ones. The limiting stellar magnitude was 17.0 - 17.5, the limiting magnitude of slowly moving objects was 16.2 - 16.9 under existing conditions. The plate microscope was used for searching for moving objects. Cartesian coordinates of moving objects and reference stars are measured with Comess - Zeiss Koordinatemessegeraet upgraded by special optoelectronical measurement system connected with PC. (Photo Jana Tichá)